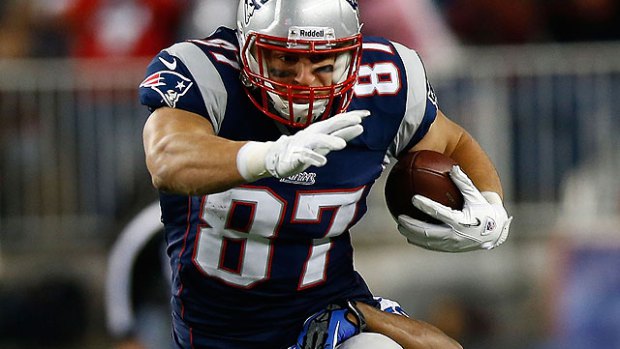 Overall Outlook
The Patriots won it all in 2014, then the rain came down on the parade in the offseason. Bill Belichick has lost key veterans in Vereen, Ridley, Revis, Browner, Wilfork, and Arrington. The Pats may also miss Tom Brady for four games depending on the suspension litigation. However, New England still has plenty of studs, and Gronk, Edelman, Collins, and Jones will keep this team in contention and align itself toward a 15th straight winning season.

Offensive Outlook
The Patriots offense is the definition of consistency in the NFL. They have been a top four scoring unit for the last 6 years, and have used a plethora of weapons throughout those seasons. This year will be no different, with LeGarrette Blount and Reggie Wayne in the fold, look for this crew to rack up the points again in 2015.

Defensive Outlook
The Patriots defense lost plenty of contributors from the 2014 season. They did what they could in the draft by selecting NT Malcom Brown, S Jordan Richards, DE/OLB Geneo Grissom, DE/OLB and Trey Flowers. However, rookies take time to develop, so we expect the Patriots defense to take a step back in 2015. In IDP leagues, guys like Chandler Jones, Jamie Collins and Patrick Chung are primed for exceptional seasons. 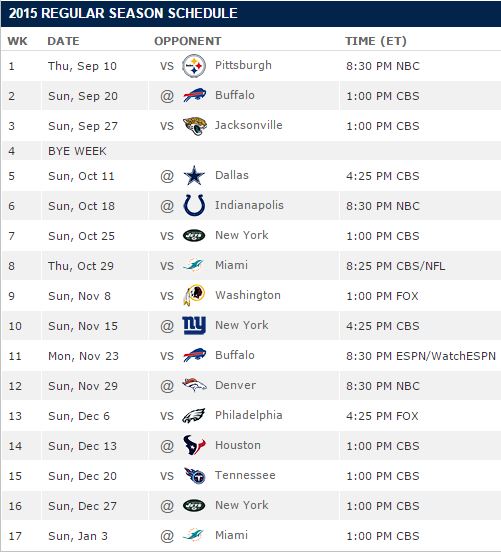