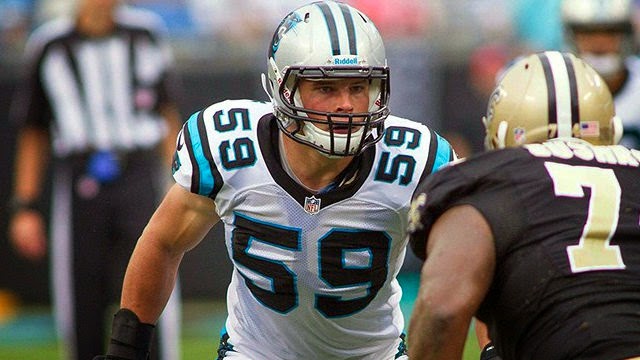 Overall Outlook
The Carolina Panthers were a Jekyll and Hyde team in 2014, starting the season 2-0, then going 1-8-1 in the next 10, followed by four straight wins to make the playoffs with a 7-8-1 record. Looking forward, 2015 looks to be another Jekyll and Hyde type year for the Panthers. The team has it's first four games against non-playoff teams, followed by four games against teams with at least 10 wins each.  If the Panthers can get through Oct 18 - Nov 8 in good shape, they should be in contention for another playoff push.

Offensive Outlook
The Panthers had a good thing going when Cam Newton, Jonathan Stewart, Greg Olsen, and Kelvin Benjamin were healthy. The organization also realized they needed more talent opposite of Benjamin, so they selected Devin Funchess early in the draft. If Benjamin and Funchess can turn in solid seasons, the offense could put up respectable numbers again in 2015. They also get to play against Atlanta in weeks 14 and 16, which could have major FF playoff implications.

Defensive Outlook
The defense took a step back in from the previous year, ranking 10th in yards allowed, and 21st in points allowed. However, last year's scheduled was very tough, and this year should offer a few weaker offenses for the Panthers to feast on.  The true tests on their schedule include, Indianapolis, Green Bay, Philadelphia, Dallas, and Seattle. Their easy matchups consist of Jacksonville, Houston, Tampa Bay x2, Tennessee, and Washington. 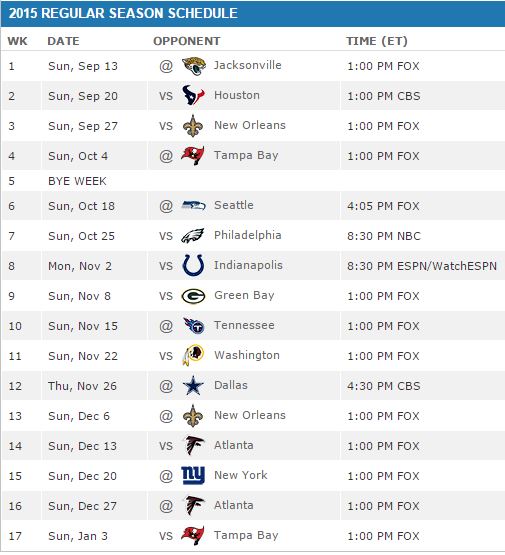