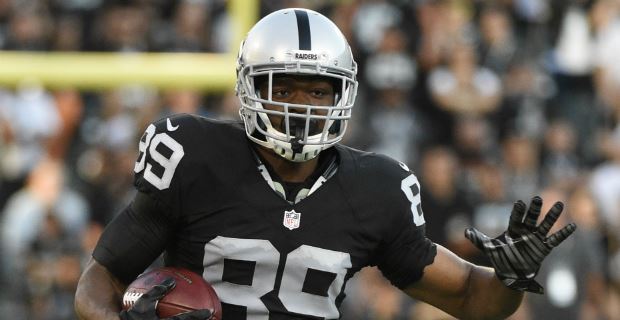 Overall Outlook
The Oakland Raiders general manager Reggie McKenzie has rebuilt the Raiders almost completely in his three plus years in Oakland. The top skill potions players are all McKenzie guys (Murray 2013, Carr 2014, Cooper 2015) and all have a ton of upside. The team has also done well bringing in talented FAs in Helu, Crabtree, Tuck, Lofton etc. Unfortunately, the Raiders play in a very difficult division, and it takes time for youth to emerge in the NFL. That said, look for Oakland to compete much better in 2015, but again produce a losing season.

Offensive Outlook
The Raiders have new offensive skill positions all over the field. The you talent should make the team a bit more competitive but also more inconsistent. With the weapons they have, and a schedule filled with high scoring teams, we see the Oakland offense getting plenty of opportunities to produce, Expect some solid numbers from the Oakland passing game, and average numbers from their running game in 2015.

Defensive Outlook
The Oakland defense ranked 21st in yards allowed, but dead last in points allowed in 2014. The team had a brutal schedule and plenty of older players who had lost a step. To improve this year, the Raiders signed Dan Williams, Malcom Smith, Curtis Lofton, and Nate Allen. These additions, along with second year star Khalil Mack, should do well to improve their ranks.  Unfortunately, playing another tough schedule including SD x2, DEN x2, GB, DET, PIT, and BAL this year, offers Oakland's squad very few breaks in 2015. 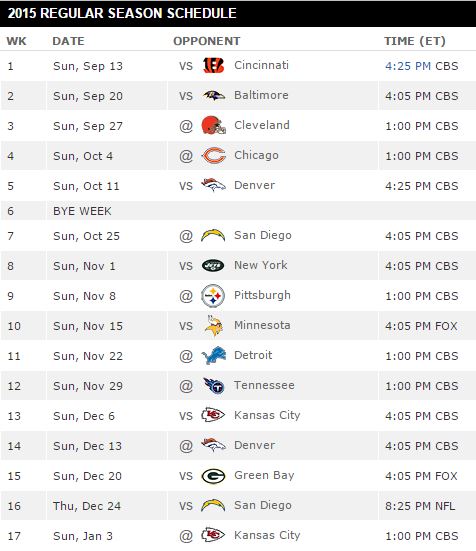