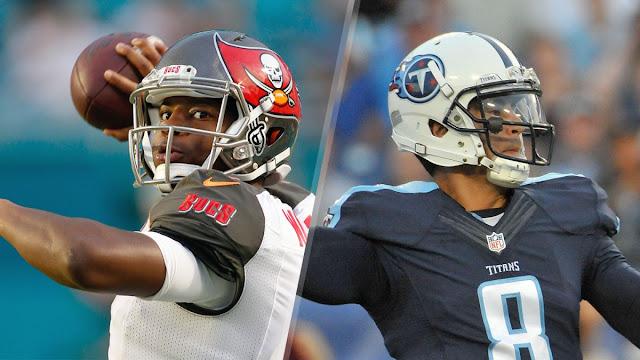 Super Bowl 50 is all set. The Denver Broncos and the Carolina Panthers are taking their talents to the Bay area for what should be a very entertaining end of the 2015 NFL season. As a Dynasty Fantasy Football owner, this time of year is a bit slow as we prepare for the 2016 draft in a short 3-4 months. However, it's always good to do some historical analysis during this time, to understand what happened in previous years and help us to understand where some potential sleepers may lie next year. So, this articles is devoted to the top 40 offensive rookies of 2015 (.5 pt PPR) to help us determine who started their career with a bang, and who started with a bust. Take a look! 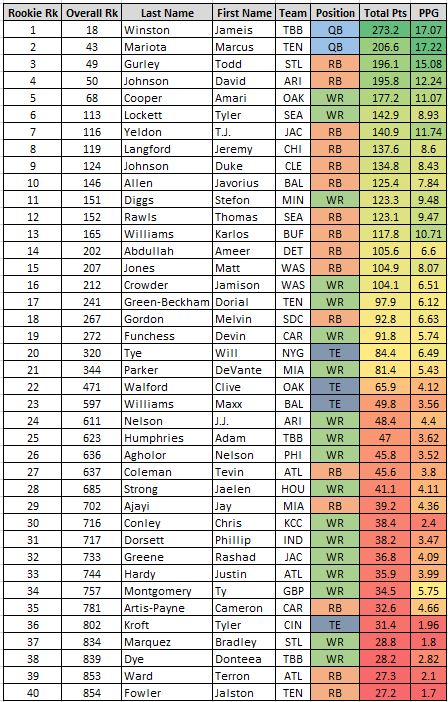 As you can see, the top two QBs of the draft lived up to their billing, finishing one and two in the overall scoring for the year.

Also, the consensus #1 pick in most Dynasty Rookie drafts, Todd Gurley, played very well after getting back from his injury, and looks to be a monster for the foreseeable future.

Some names missing from this list include Kevin White, Breshad Perriman and David Cobb, who all had their rookie season blown up by injury.

Finally, David Johnson, Buck Allen, Stefon Diggs, Jamison Crowder, and Will Tye were not expected to do much, but became viable fantasy options in some capacity throughout the 2015 season.

Posted by Fantasy Football Evil Empire at 10:24 AM No comments: Links to this post 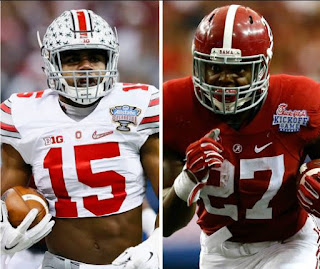 The 2015 NFL regular season is over and the NFL playoffs are in full swing. Predicting next year's rookie only draft is a bit unrealistic, but we'll give it a shot. Based on overall talent and performance on the college level, we can make some educated decisions about who you should target in the 2016 rookie only draft. We've compiled a list of 40 of the best soon-to-be rookies to be aware of for next year's fantasy season. Enjoy. 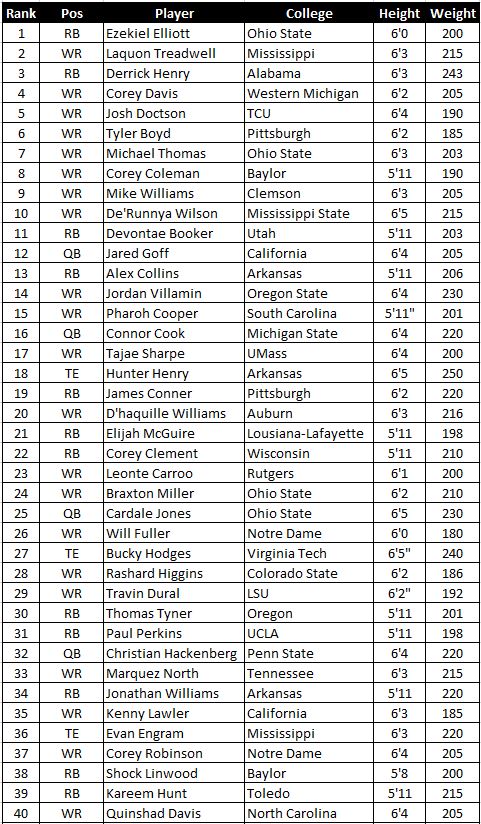 Posted by Fantasy Football Evil Empire at 6:31 AM No comments: Links to this post