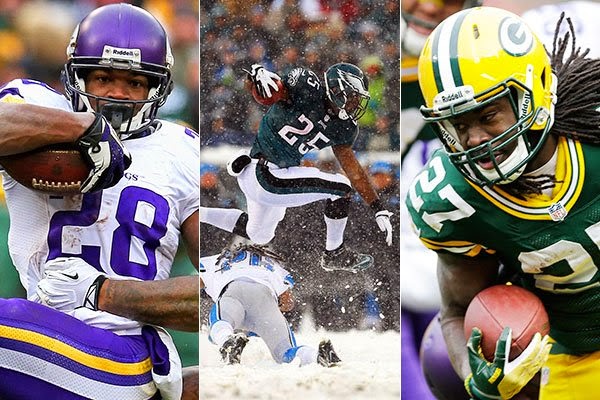 It's time to look ahead to 2015... To understand which players are going to step up, and which ones are going to regress.  Below is an early rankings of the 2015, top 25 fantasy football running backs.

Bell, Lacy and Murray remain on top of the RB ranks, while guys like Mason and Ellington move up from last year. Guys like Gio Bernard, Stevan Ridley, and Ryan Mathews have regressed from previous rankings. In 2015, we expect the 2014 rookies like Carlos Hyde, Isaiah Crowell, and Devnota Freeman to make some impact the fantasy world.  Obviously, there are many months ahead before FF 2015, but it's never to early to plan.

Posted by Fantasy Football Evil Empire at 8:16 AM