Now that the 2014 is wrapping up, let's take a look at potential IDP Free Agents that could be available off the waiver wire in your dynasty fantasy league right now. Guys who are primed for possible returns next year that you can hide on your roster now, before the season ends.  Gerald Hodges, Josh Evans, and  have some potential!

Gerald Hodges
Gerald Hodges is a former Penn State star who is getting his chance to play for the Minnesota Vikings in place of the injured Anthony Barr.  In his two starts, Hodges has been very good, averaging 8.5 total tackles and 2 passes defensed per game.  Hodges is 23 years old, and may find a spot as the starter at Linebacker as Jasper Brinkley and Chad Greenway are 29, and 31 years old respectively. 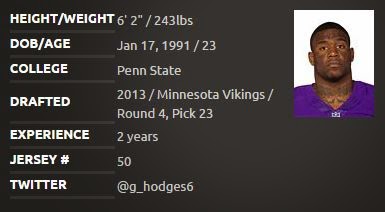 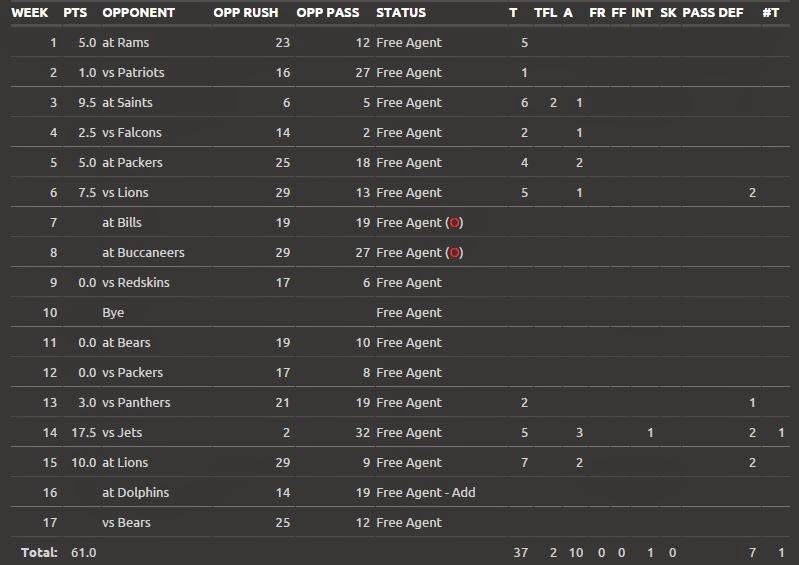 Josh Evans
Josh Evans is a former Florida Gator, who has had the luxury of staying in state for the start of his pro career. Drafted by Jacksonville in 2013, Hill is the starting Free Safety for the Jaguars.  Evans has been improved his numbers from 2013, increasing his total tackles from 58 to 80 already this season. Evans hasn't created big plays in 2014, but if they come in 2015,  Evans will be in line for a 120-130 point fantasy season. 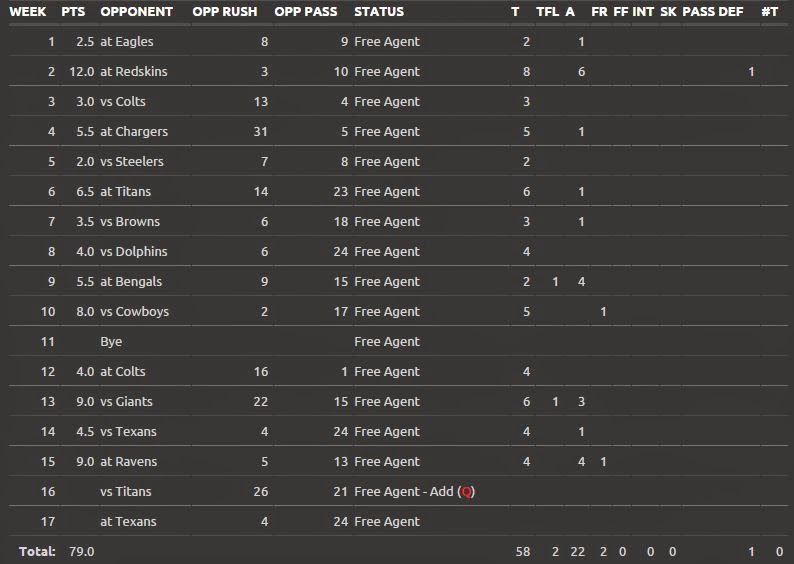 Will Hill
Another Former Gator, Will Hill is a 24 year old stand-out safety for the Baltimore Ravens. Unfortunately for Hill, he's been suspended three times since 2012 for substance abuse. However, when playing, Hill is a real asset to the team and has produced solid fantasy numbers.  Hill will push for the starting free safety job next year as long as he stays out of trouble.  If you have room on your roster for a flyer, he might be your man. 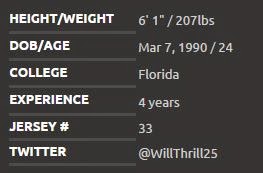 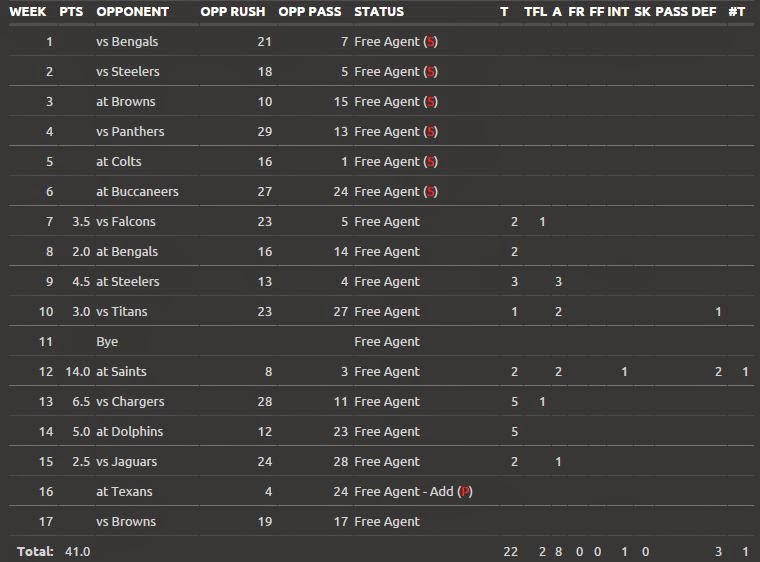 Posted by Fantasy Football Evil Empire at 11:31 AM