Now that the 2014 is wrapping up, let's take a look at potential IDP Free Agents that could be available off the waiver wire in your dynasty fantasy league right now. Guys who are primed for possible returns next year that you can hide on your roster now, before the season ends.  E.J. Gaines, Devon Kennard, and Craig Robertson have some major upside!

E.J. Gaines
This former Missouri Tiger has lit it up as a rookie cornerback in the Rams defense. The 6th rounder already has 61 tackles and 14 passes defensed with 2 weeks left in his season. Look for him to continue to develop into a real threat to get 100 (tackles + passes defensed) annually. 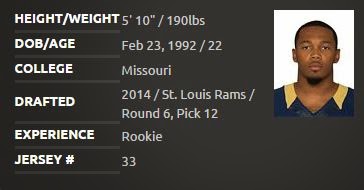 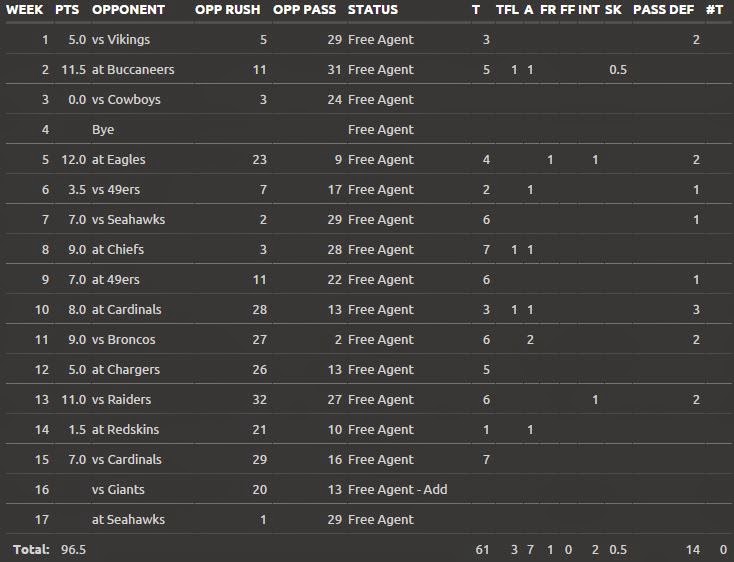 Devon Kennard
This former USC stud has been a nice addition to the New York Giants starting LB core. The 5th round selection has 23 total tackles and 4 sacks in his last month of action. If Jon Beason returns next year, Kennard may have to wait his turn, but at 23 years old the guy has plenty of time to become an every down linebacker. 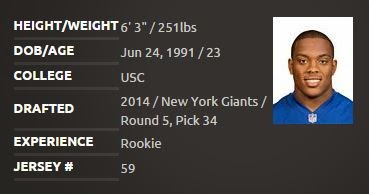 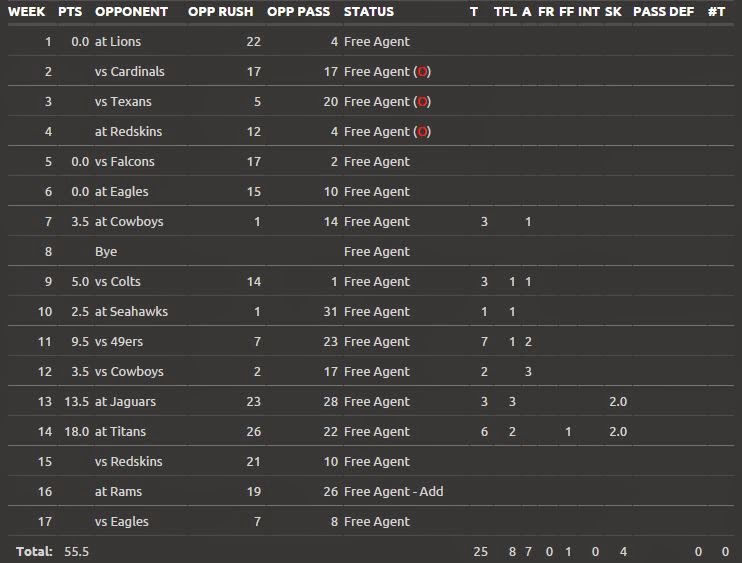 Craig Robertson
This former North Texas grad is currently a starting middle linebacker for the Cleveland Browns.  The 26 year old has average 9.4 total tackles per game since week 10. That rate, over the course of an entire season would net him 150 tackles.  We expect the 4th year man to continue to get better, and to own an ILB spot in the NFL for the next few year. 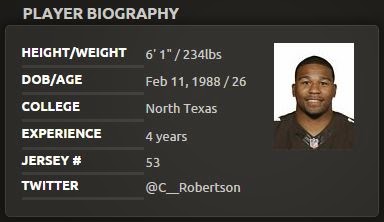 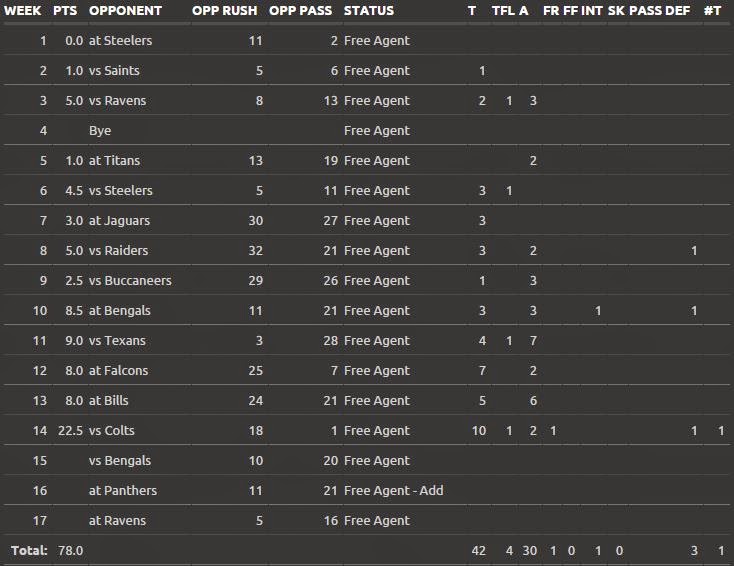 Posted by Fantasy Football Evil Empire at 8:31 AM