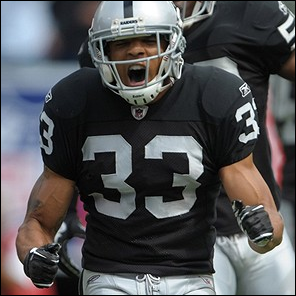 Overall Outlook
The Oakland Raiders general manager Reggie McKenzie has rebuilt much of his defense for the second straight year.  With additions like Matt Schaub, Maurice Jones-Drew, James Jones, Justin Tuck, LaMarr Woodley, Antonio Smith, Carlos Rogers and Tarell Brown, McKenzie has put together a team of veterans who want to win now. Unfortunately, the Raiders play in a very difficult division, and Schaub is not what he once was.  Look for Oakland to compete, but again produce another losing season in 2014.

Offensive Outlook
The Raiders have new offensive skill positions all over the field.  Players like Schaub, MJD, and James Jones should make the team a bit more competitive, but don't expect the world. However, with the likelihood of Oakland being in a lot of high scoring games, you can expect some solid numbers from most of the starters in 2014.

Defensive Outlook
The Oakland defense gave up the fourth most points in the league in 2013. To improve that, the team went out and picked up a bunch of veterans.  Tuck, Woodley, Brown, and Rogers along with the first round pick Khalil Mack should do well to improve their ranks.  Unfortunately, playing NE, SD x2, DEN x2, SEA, and SF this year offers this squad few breaks.  In IDP, look for Tyvon Branch to flourish if he stays healthy.